The Harry McCormick House | Portland, OR

Today I had the pleasure of touring the historic Harry McCormick House in Southeast Portland. I happen to work with the broker, Tina Schafer, who is listing the property. The Seller, a past client of hers, was low on funds one day and had a sick pup that needed veterinary care. In desperation, he decided to cash in all of this old lottery tickets to see if he may have won a few dollars to help pay for the veterinary visit. Well wouldn’t you know – he won alright. He won MILLIONS!

With his new found wealth he purchased this historic home that was in need of some major TLC. With the help of Andrew Adams Design, the Seller was able to put his heart and soul into restoring this home back to all of its historic splendor, while offering all the modern conveniences of today. As in, a Control 4 system for lighting scenes and sound in every quarter of the house, radiant heat flooring throughout, a three-tap beer tower serviced by refrigerated kegerator in the basement, and a hydraulic elevator providing access to all 4 levels. To see a full brochure on this listing, click here.

The kitchen is divided into two work areas: preparation and cooking in the front and a clean-up section adjacent. An original 12-inch thick exposed brick wall separates the two. A large breakfast nook opens off the kitchen with a walnut wood booth and heated herringbone brick floor.

This bathroom is coined the “antique bathroom”. The ribcage shower (just like the one seen in the Pittock Mansion) existed in the original bathroom, but was replaced during recent renovations by one found in a turn-of-the-century home in Seattle, WA. But my favorite part is the Blue Japanese carp wallpaper by JR. Burrows & Company which was reproduced from the Mark Twain House.

And here are some less than amazing iPhone photo musings of my own. If there ever was a time to have a REAL camera with me…

To Be An American

These Kiddos Are Our Future? 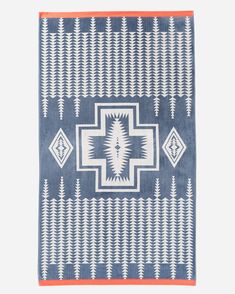